“With people living longer, the quality of one’s physical and mental health becomes increasingly important. Having witnessed the devastating effects of chronic illnesses such as heart failure, stroke and dementia, I am keen to do my part to help reduce the impact of these conditions. Medical education for the public to promote a healthy lifestyle is an ongoing challenge which I continue to embark upon.”

Dr. Liew enjoys learning about how historical events and scientific inventions have helped shape the present and future. He has always felt a need to contribute positively to society and chose to become a cardiologist as this allowed him greater diversity to both look after patients with serious heart conditions as well as reach out to the general public who may not yet have been diagnosed with heart disease but have increased risk. Dr. Liew champions medical education for the public to promote a healthy lifestyle and increase awareness of heart diseases. He enjoys playing tennis, cycling and swimming and puts into practice what he advocates to his patients by exercising three to four times a week.

Dr. Liew is a senior consultant cardiologist and cardiac electrophysiologist. He studied medicine at Cambridge University, UK, and obtained his Bachelor (BA) and Master (MA) degrees in 1994 and 1998, respectively. He completed his clinical studies at the United Medical and Dental Schools of Guy’s and St. Thomas’ Hospitals, London, UK graduating with distinction in 1997. He undertook his cardiology training at the Royal Brompton Hospital and subspecialty training in cardiac arrhythmias at St. Bartholomew’s Hospital and St. George’s Hospital. Dr. Liew received his UK Certificate of Completion of Training (CCT) in 2008 and was appointed Consultant Cardiologist and Senior Consultant Cardiologist at the National Heart Centre Singapore (NHCS) in 2008 and 2012, respectively. He currently practices at Gleneagles Hospital, Mount Elizabeth Medical Centre and Mount Elizabeth Novena Specialist Centre.

Dr. Liew is widely recognized regionally and internationally in the field of heart rhythm disorders and was involved in some of the early pioneering clinical studies in the UK validating the use of 3D-mapping systems and cryoablation to treat complex cardiac arrhythmias. He established the first 3D mapping system for cardiac arrhythmias and performed the first cryoballoon catheter ablation procedure for atrial fibrillation in the private sector in Singapore. Dr. Liew is also a cardiac device implantation specialist, and inserts cardiac pacemakers, implantable cardioverter defibrillators (ICD) and cardiac resynchronization therapy (CRT) devices.

With his extensive training in the UK and contributions to research in cardiology and cardiac electrophysiology, he was elected:

Dr Liew has a strong track record in both clinical and translational research and was formerly Deputy Director of the Research and Development Unit at NHCS. He is a member of the Research Committee for the Singapore Heart Foundation and the Basic Science Committee of the Asian Pacific Heart Rhythm Society and a former Associate Editor for Heart and the ASEAN Heart Journal.

Dr. Liew was awarded the prestigious British Heart Foundation Junior Research Fellowship from 2000 to 2003 and obtained a PhD from Imperial College London for his research on the arrhythmic actions of oestrogens on the heart. His research interests include atrial fibrillation, sudden cardiac death and the use of stem cells in cardiovascular disease. What is the Link Between Sleep Apnea and Heart Disease?
Do you wake up in the night short of breath? Does your spouse complain about your snoring, or worse, say your breathing stops in the night? Does it seem like you can never get a full, restful night of sleep? All of these may be indications that you have sleep apnea. This condition can cause all kinds of unpleasant side effects, and being sleep deprived is just the beginning. Suffering from untreated sleep apnea can also lead to an increased risk of heart disease. So, what is sleep apnea, how is it linked to heart health, and what should you do if you have symptoms?
Read More How Useful is the Body Mass Index as a Health Indicator?
There has been a lot of stir in the media and medical communities lately regarding the Body Mass Index Scale (BMI). Some professionals and public members hold it up as a gold standard measurement of health, while others shout about its uselessness. So which is it? Is the BMI scale a good measure of overall health, or should it be replaced?
Read More How Can I Tell if My Palpitations are Due to Stress or a Heart Condition?
Felling your heart beat abnormally is an unnerving sensation. You may be tempted to make an appointment with your doctor immediately. If you have other alarming symptoms, this might be a good idea, but if this is your first time experiencing a palpitation, it may be nothing. Heart palpitations can be caused by something as simple as drinking too much coffee, but it can also be a sign of a severe health concern. The following article will give you information on the causes of heart palpitations and if yours could be caused by stress or a more serious heart condition. What a
Read More How Can I Improve My Heart Health?
One of the most common answers a doctor will give you on any health-related questions is this: Diet and exercise. The key to increasing your heart health is just that - eat better and work out. However, it can be hard to pick up a new exercise routine if you don’t know where to start. Similarly, changing the way you’ve been eating for years can be just as much of a challenge. We understand how difficult lifestyle changes can be, so we’ve put together a few simple things you can do to start improving your heart health.
Read More What Should I Ask the Cardiologist at My First Check-Up?
Going to see any new doctor can be a nerve-wracking experience. Heart problems are a leading cause of death in many places, making heart health of utmost importance. If you have a problem with your heart or a family history of heart-related issues, the sense of agitation can be even worse when seeing a cardiologist for the first time.
Read More What is a Good Heart Rate for Me?
Your heart rate can vary depending on several factors. What you’ve been doing, what you’ve been eating, how much you weigh, your emotions and many other things can all affect how fast your heart beats. That being said, there are ways to tell what a reasonable heart rate is for you whether you are at rest or exercising. Read on to discover how to measure your heart rate, what regular heart rates are for different demographics, and what to do if yours is outside the normal range.
Read More Preventing The Widow Maker's Disease: 3 Treatments To Help Prevent Sudden Cardiac Death
It comes without warning; it kills within minutes. No wonder, Sudden Cardiac Death or SCD has been called the widow maker's disease. In Singapore, about 1000 women lose their husbands to SCD yearly. According to the National Heart Centre Singapore, about 90% of SCD occurs in males aged around 47 years old. Whereas for females...
Read More 5 Things Your Cardiologist In Singapore Will Ask You To Do Before A Catheter Ablation
Catheter ablation is a procedure that uses radiofrequency heat (similar to microwave heat) to destroy abnormal heart tissue that causes irregular and rapid heartbeats known as cardiac arrhythmias. As your cardiologist would explain, cardiac arrhythmias can cause shortness of breath, weakness and fainting as a result of your heart's failure to effectively pump blood. While medications...
Read More

Getting Help From Your Cardiologist In Singapore On Permanent Pacemaker Implantation
The heart of a healthy adult beats from 60 to 100 times a minute at rest. As your cardiologist would explain, abnormal heart rhythms, also known as arrhythmia, may cause the heart to beat too fast, too slow or erratically. When this happens, the heart is not able to pump blood effectively, therefore, affecting its...
Read More
RELATED VIDEOS 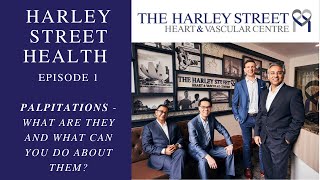 Pacemakers, what are they for?
Dr Reginald Liew explains what are pacemakers, how it helps in treatment of multiple heart conditions, how it is implanted and how long it would last.
Read More Palpitations - Causes, how to detect and how to treat them
Dr Reginald Liew talks about what are palpitations and what are the causes of it. He will also talk about different types of heart rhythm problems, how to detect them and the various treatment options available.
Read More